Flutter Is The Way For 2021 Cross-platform App Development 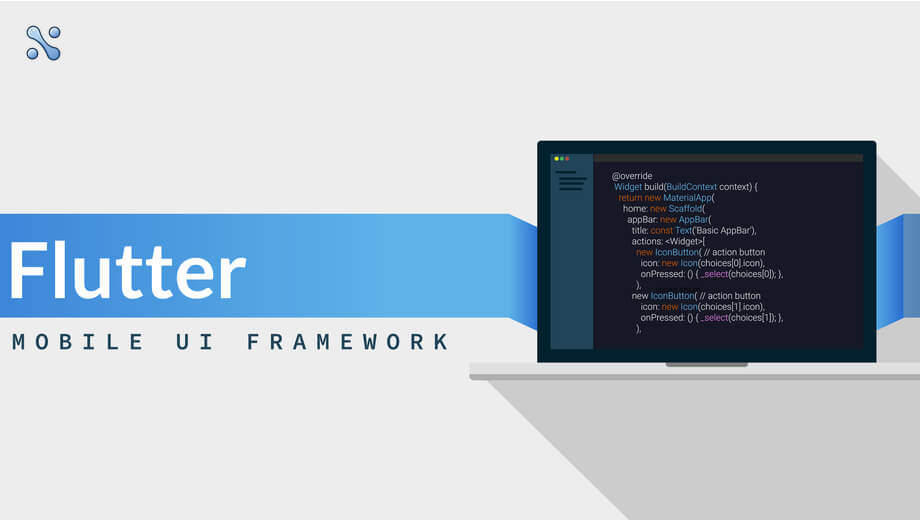 Google launched Flutter only a few years ago, but the pace of updates on the platform puts it a few steps ahead of some of the leading cross-platform frameworks in mobile application development. It was developed by Google for auxiliary environmental computing and is currently used by many high-tech companies such as Groupon, eBay, and Tencent. Besides well-known companies, some startups use Flutter to bring their digital products to the market. Flutter’s growing market share and features make developers believe that future cross-platform applications belong to Flutter.

WHAT ARE THE MAIN COMPONENTS OF FLUTTER?

A software development kit is an integrated tool that developers can use to create various applications. The device can convert the code that needs to be programmed into native machine code suitable for business needs (including Android and IOS).

Framework (Widget based UI Library): A variety of recyclable user interface elements (which include buttons, sliders, text-based inputs, etc.) That can be customised to meet the business requirements.

Before Flutter went public, developers liked PhoneGap, Xamarin, Apache Cordova, React Native, Titanium, etc., as well as the company’s overall advantages. Flutter stands out from all other cross-platform applications simply because of its creativity and ease of use.

The exclusive code base for each platform

The reason Flutter stands out is its unique writing method, which overcomes the traditional limitations of the cross-platform approach, which requires developers to write multiple codes for different platforms. Now Flutter application developers only need to code once, rather than code individually. For two operating systems, namely Android and IOS, therefore most developers consider Flutter. Flutter is a hybrid application development environment that can reduce the daily work of users and developers. Therefore, the quality of the application can be quickly improved.

Flutter comes with many free open source packages that support rapid development and are also free for developers along with “Dart” which is another programming language. Some of them are YouTube Player, Flutter Ecommerce, Frideos Flutter, etc. In addition, since it is an end-to-end open-source platform, developers all over the world are constantly adding their work to the library, making the structure more extensive.

Rapid Development of the Application

One benefit is that it can speed up the development and testing process. It is a single code base framework added to the hot reload function, which allows developers to easily build applications while testing them in real-time. This plays a vital role in reducing the cost of developing mobile applications.

Flutter comes with many free open source packages that support rapid development. Some of them are YouTube Player, Flutter Ecommerce, Frideos Flutter, etc. In addition, since it is an end-to-end open-source platform, developers all over the world are constantly adding their work to the library, thereby increasing the structure.

Widgets are a component of the application, but not the Flutter framework; thus, there are no or minimal compatibility issues on different operating system versions. This saves massive time during mobile app testing.

KEY FEATURES OF THE PLATFORM

Flutter is best-known for its famous Cupertino widgets. With the release of the 1.12 version, they felt the escalation.

Add-to-App can easily integrate the specifications collected by Flutter into apps for Android and iOS. It is one of the most famous fixes in all cross-platform development techniques.
These features improve the Android development workflow by integrating the Flutter module wizard directly into Android Studio so that you can easily use Flutter to write common codes in your codebase and use them on iOS and Android.

Flutter Web support is now available for creating beautiful web versions of mobile applications. Web application support will benefit start-ups and mid-sized businesses because it will reduce the time and cost of creating Web applications from scratch.

Flutter aims to invade the MacOS market, enabling developers to easily create beautiful desktop applications for MacOS. Flutter’s strategic goal is to conquer the development market of iOS and MacOS.