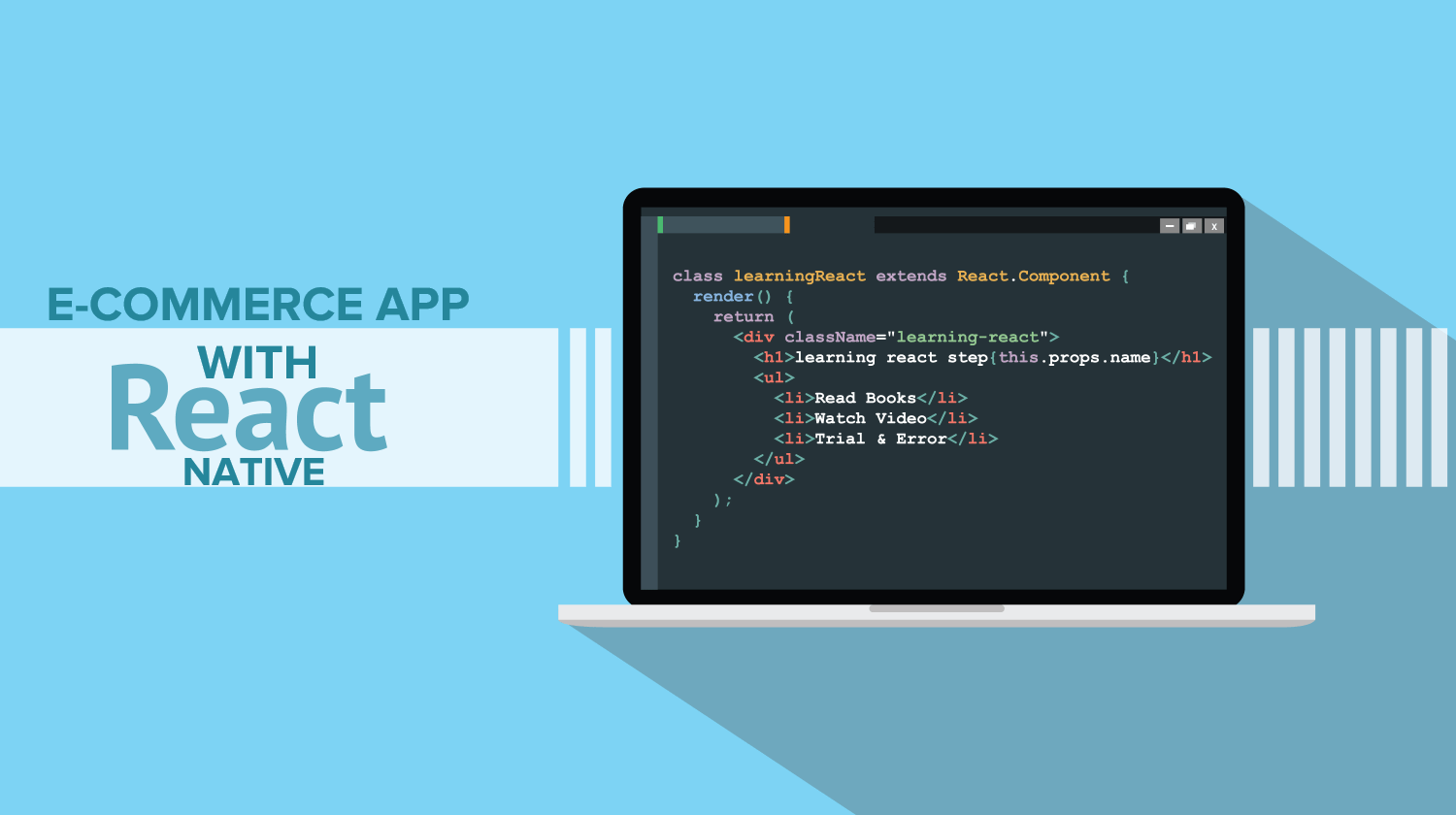 There has been an exponential increase in mobile phone usage in recent years. Mobile e-commerce has got a broad base of users. With the increase in the number of users, the e-commerce industry is flourishing. It has reached a net worth of about $ 513.61 billion. This tremendously fast-growing business has become an ideal place for establishing one’s business. One can make an e-commerce app with the help of React Native.

React Native created by Facebook is an open-source mobile application framework. Its framework is like building blocks. It is one of the easiest ways to create an app for those coming from a digital background. Its JavaScript framework helps in creating apps for both IOS and Android platform.

One must know basic 5 concepts about React Native.

Components are the building blocks. They are built all-around react. React is a set of nested components.

JSX is the coexistence of HTML and JAVA to create a better app framework. Combining them makes the app more useful.

Props are how different components co-relate with one another. Props are used when one command is parent, and another is the child command. So props flow from parent to child.

React Native offers unidirectional flow, but if multiple resources require giving instructions to a source, then the state is used.

APIs uniquely interacts with React Native. It has a unique configuration and has commands like render and setState, which are particular to React Native.

How do components work?

A prop’s object as an argument is accepted by a functional component, and the output is an HTML code. Functioning like a template, it gives structure and the Java code can be used according to the user’s choice.

After this, one must also understand how to install and work on React Native.

How to set up the environment?

Steps to load and create an app using Native React are:

The app is created.

How to build an eCommerce app?

Here’s how to create E-Commerce with React Native

Step 1: Install the required packages like done in the previous set of instructions continue from the last step. Go to React Native to write codes.

Step 3: Give app instructions to use stack navigator.

Step 4: Use Flexbox to divide the page into rows and columns.

Adding products to the cart

Before changing any command first check these:

Below there are some common problems and their solutions

Problem:      Any other kind of issue

This is a short step-by-step React Native tutorial on how to create an ecommerce app using React Native.

E-commerce, Web Development How to Find the Best eCommerce Development Company For Your Upcoming Project